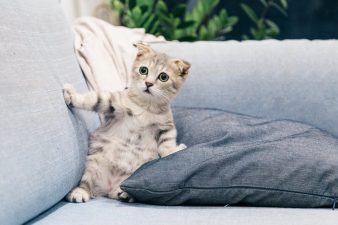 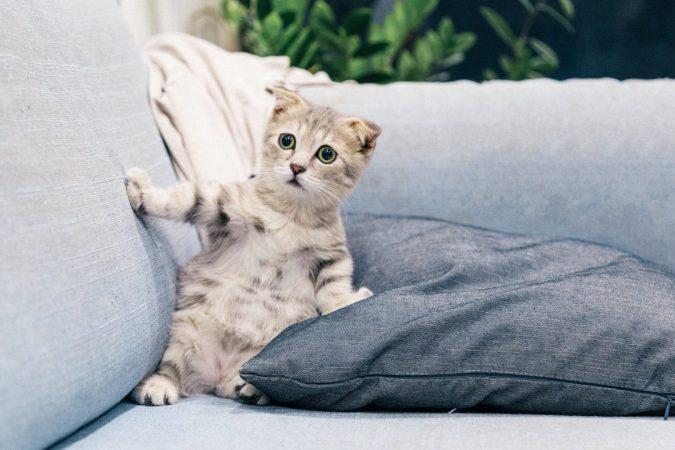 It is common knowledge that dogs are better off not eating chocolate, but it is also wise to keep this sweet treat away from cats. The delicacy contains a substance called "theobromine". The substance is dangerous and toxic to cats, while we humans don't experience any problems at all. An advantage is that most cats are not at all interested in chocolate. So chocolate poisoning in cats is quite rare. If your cat does come into contact with chocolate, do not hesitate to call your veterinarian.

If you think your cat has ingested chocolate, it is wise to contact your vet. The cat will not always show symptoms. The first symptoms can only be seen when a cat has eaten a certain amount. How much chocolate is involved then depends on the weight of the cat. However, the type of chocolate can also play an important factor. A dark and/or bitter chocolate is a lot more dangerous than light chocolate. This is because the dark chocolate contains more of the dangerous substance.

When is chocolate deadly to cats?

A cat will only appear if the animal has ingested a certain amount of the substance theobromine. This is usually about 10 milligrams per kilogram of body weight. The symptoms become a bit worse when a cost has ingested three times that amount. At 100 to 200 milligrams per kilogram of body weight it can be fatal. However, these figures are not fixed and can still vary from cat to cat. One cat can have a lot more, it also depends on the sensitivity of the animal for such substances. When in doubt, it is advisable to contact the veterinarian.

Note, cocoa powder and cocoa shells are more dangerous than the chocolate we buy in the store. There is a lot of theobromine in these products. Cocoa shells are still sometimes used in manure, for example in the bags available at the garden center. So a cat can get symptoms of chocolate poisoning without having been in contact with the chocolate in the kitchen cupboard.

What are the symptoms of chocolate poisoning?

Chocolate can cause annoying and persistent symptoms in a cat. These are the symptoms listed below:

The worst symptoms occur at extremely elevated levels of theobromine:

Symptoms usually appear after about two to four hours. In the initial phase, the symptoms will be diarrhea and vomiting. Remarkably, the worst symptoms do not occur until after at least 12 hours, but it can also just take a day and a half. Life-threatening symptoms are very rare, as an extremely high intake of chocolate must have occurred.

The substance theobromine still has no antidote, so the cause cannot be addressed directly by the veterinarian. It is only possible to treat the symptoms. Cats that have eaten large amounts of chocolate are normally treated prior to the symptoms. However, it is a treatment that is infrequent, as almost all cats have no interest in chocolate.

Chocolate poisoning is a lot more common in dogs. Poisoning causes problems in dogs and can be fatal. It is therefore smart to call your family doctor or a nearby emergency clinic immediately in this case. The problem will need to be addressed immediately.